We hope you'll enjoy our one of a kind business where we have created an air of togetherness, mutual respect, and love of the Western North Carolina Mountains. These are the shared commonalities that bring us together as a Social Club. Brandy Bar members are truly North Carolina Spirits. 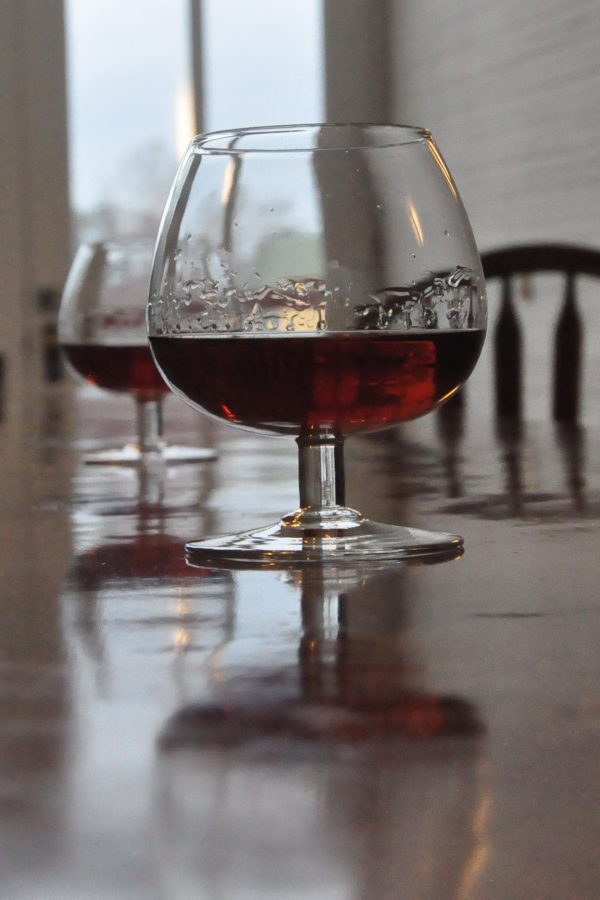 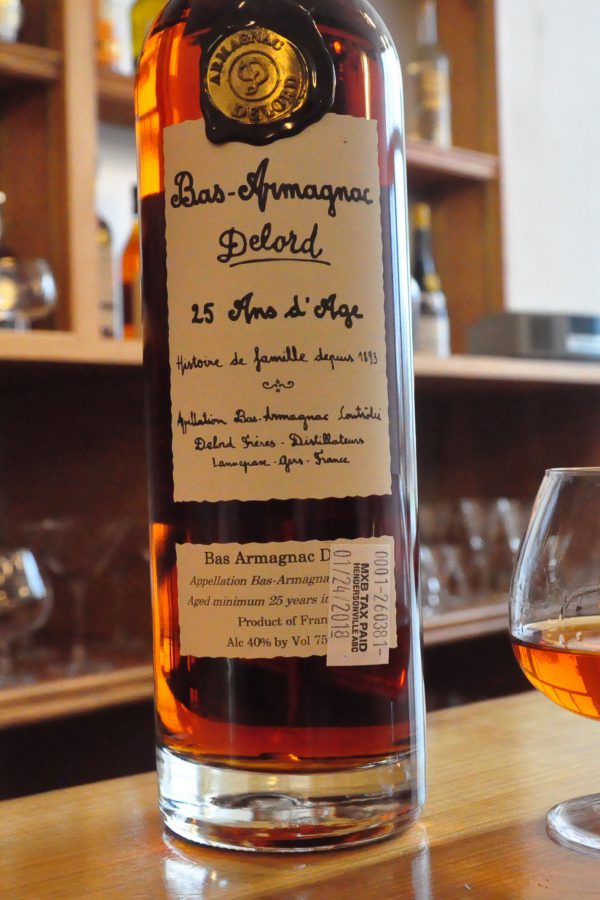 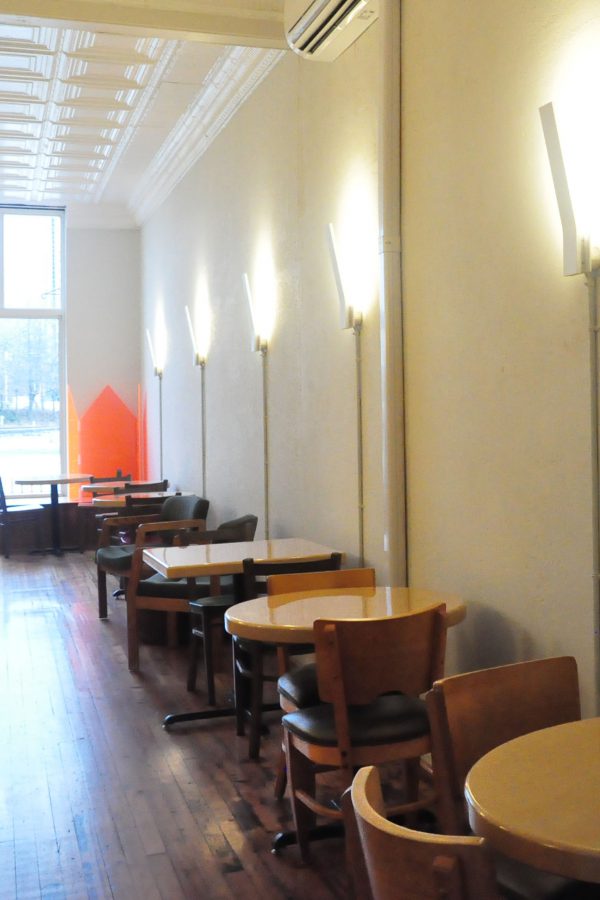 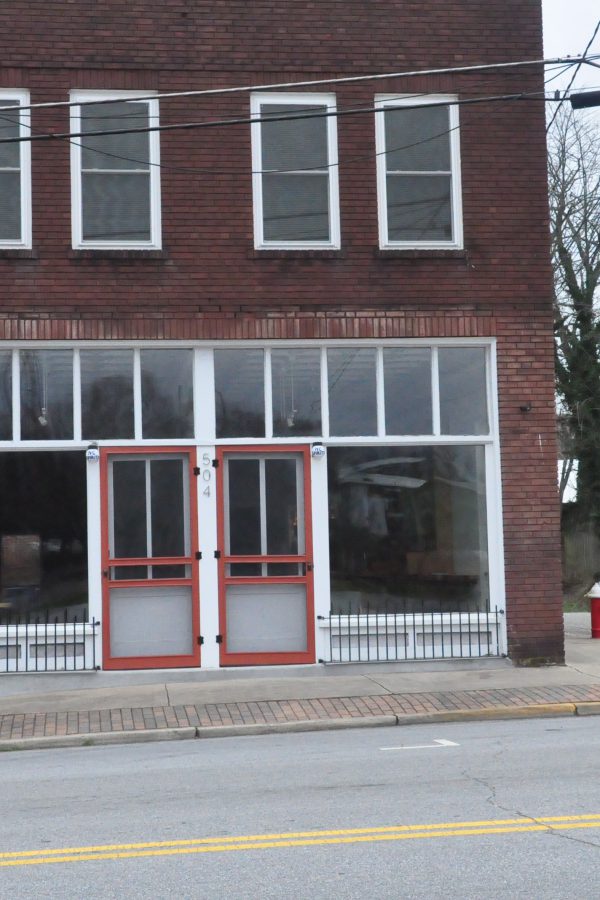 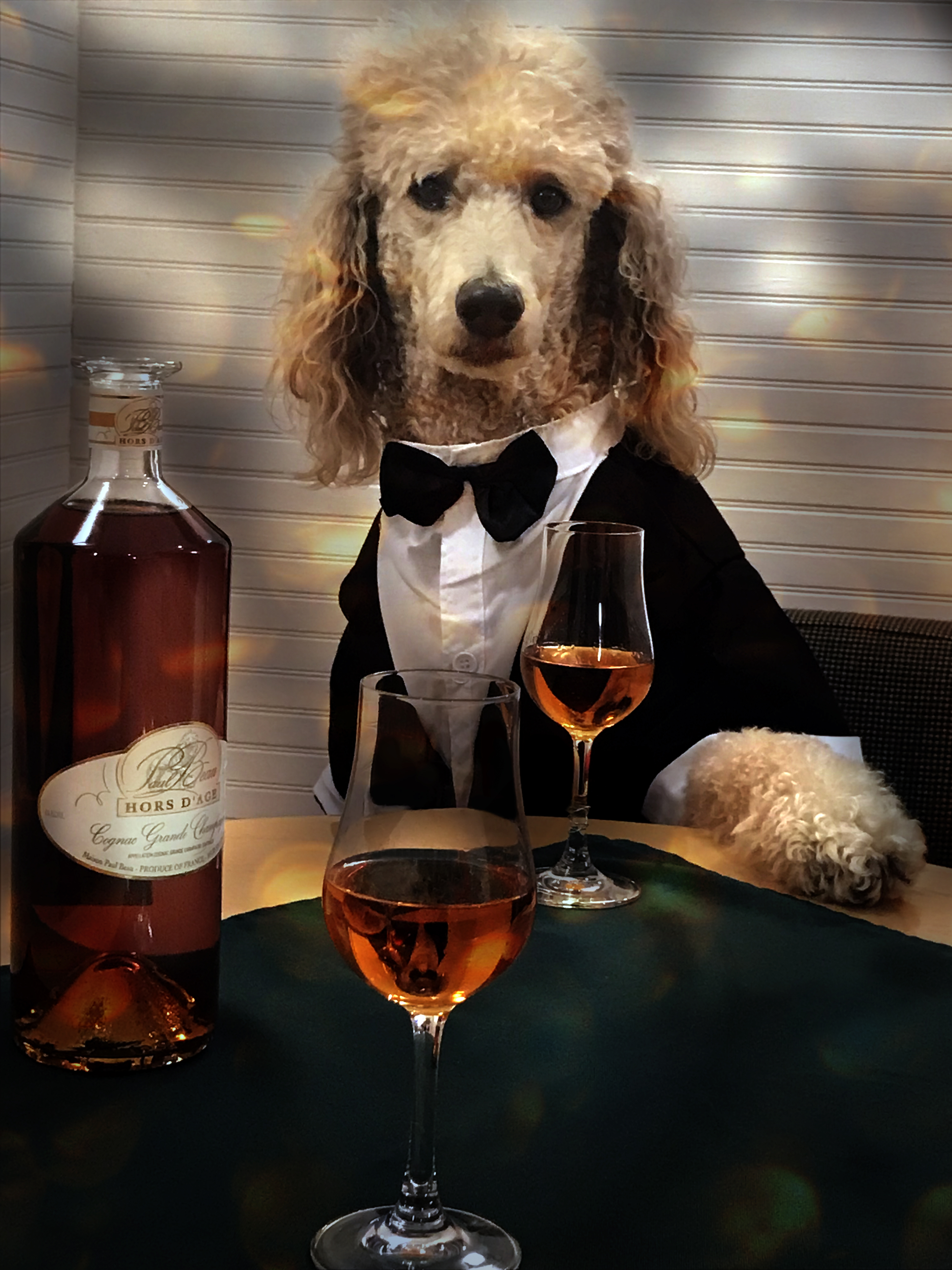 The Brandy Bar + Cocktails will be on vacation from January 16 until February 14, 2023. Again we offer the bar for special events and parties of 12 or more during our vacation, just give us a call at 828-845-0546. We will open with a belated Valentine’s day specials, so grab up that 1/2 price Valentine candy and join us for some sweet matches with brandy! The NC writers Network will resume March 15 and we will send info as to guest author and details. Also March 22 we will resume with the Songwriter’s sessions with more info to be sent. Looking forward to a relaxing cold weather vacation and hope you can do so. Please return to us February 15th for some very special “after Valentine” Specials and welcome an early Spring!

But we wanted to share a “bar story” that is fun and unique: A Funny Story Late one evening at The Brandy Bar, a mysterious visitor arrived on his Ducati motorcycle. A nuclear physicist who had been hired to help set up the new hydro electric plant at Long Shoals. He showed up with fun and fascinating tales of his childhood and life.  Several of us were recounting the out-of-the- ordinary events in our lives.  K.A. told us this hilarious event that happened to him.  KA was a very bright and enterprising young fellow and could be depended upon to take a job and complete it.  Hired by a local mortuary company to park cars at the age of 16, his ambitions became apparent, and he soon advanced in the ranks to delivering bodies from the morgue to the funeral home. One afternoon he was asked to pick up a body from a morgue about 20 miles away in the hilly mountains of Pennsylvania and deliver it to his home office funeral home.  He set out and without incidence picked up the body (still in its body bag) at the morgue in the hospital and proceeded to deliver it to the local funeral home.  Traveling over the first hill, KA heard some odd sounds coming from the back of the hearse which were out of the ordinary and kind of scary.  The sounds seemed more pronounced when he was climbing the hills and when he descended the sound quietened. KA became increasingly alarmed about the possibility that the body he was carrying was in fact still alive. Finally arriving at the funeral home, he charges into the funeral home, frightened and asking for help. He screams that the body he is carrying is in fact alive! He has been hearing sounds coming from the body that indicated there was still life there. The funeral home staff at first seemed alarmed but then amused. They took the body in and sure enough their intuitions were right, the body was dead; but they knew the dead body held gases that expelled during uphill pressure and released during downhill.  In any event funeral home staff got a good laugh at the young driver’s inexperience and our new customer was indeed a one of a kind gem.  Thanks for entertaining us KA! 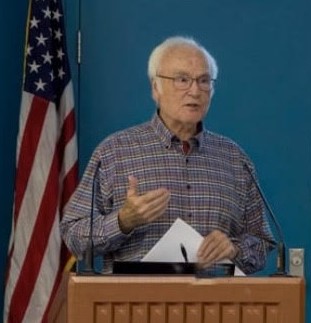 Wed 1/11/23 – 4-9:00 PM $6 – Wild Cherry – Notes of rich cherry, marzipan, crushed almonds and a floral edge complemented by nutmeg and cinnamon spiciness with a finish that is unctuous and thick with that allspice and damson alongside dark cherries and fresh tanic grip. OR Do Ferreiro Orujo De Galicia Brandy from Portugal -Notes of flowers, fennel & black pepper, dry and light-bodied with smooth fresh, mentholated fruit flavors on the palate and a long finish. Come on in and learn a little about brandy – you might be surprised!

AND Wed 1/11 – 7-9 PM– NC Writers Network and The Brandy Bar + Cocktails presents guest author John Quinley, PhD. In the Company of Writers presents a series of personal and conversational dialogues featuring guest writers/poets followed by an open mic forum. These inspirational gatherings will elucidate and entertain those attending. The guest author speaks from 7-8 PM with open mic from 8 -9 PM. The Chicago blues music of Mr. Jimmy welcomes you, continues during intermission, and closes the evening. Sign-ups for the open mic visit:https://thebrandybar.com/writers-open-mic/   When John Quinley, PhD, served as a docent at Connemara, Carl Sandburg’s final home, he realized that a biography of Sandburg had not been written in 25 years; most were written in the 1960s and 70s. He wanted to introduce a new generation to this public figure, who during the first half of the twentieth century seemed to be everywhere and do everything as poet and political activist, journalist, lecturer, folk singer, Lincoln biographer, children’s author, novelist, and media celebrity. At his death in 1967, six thousand mourners gathered at the Lincoln Memorial in Washington, D.C. to pay their respects. So, Quinley wrote Discovering Carl Sandburg: The Eclectic Life of an American Icon—an entertaining 140-page book that focuses on different aspects of Sandburg’s life. You can purchase a copy at the Brandy Bar for $16. He can be contacted at jwquinley@gmail.com. 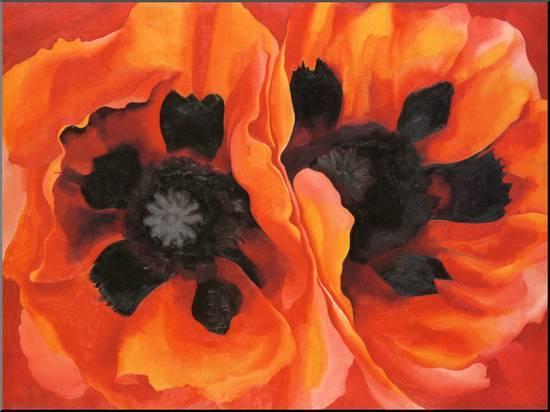 The idea was initiated in 1962 by Vittorio Giannini, a leading American Composer and teacher of Composition at Julliard, Curtis and Manhattan, who would later become the School’s founder and first President. He approached then-governor Terry Sanford and enlisted the help of author John Ehle and William Sprott Greene, Jr. and Martha Dulin to support his dream of an arts conservatory. State funds were appropriated, and a Conservatory Committee was established. The School of the Arts became a constituent institution of the University of North Carolina in 1972. Giannini served as President until his death in November 1966 at which time the Pulitzer Prize-winning composer Robert Ward became UNCSA’s second President.

The gala opening of the Stevens Center featured the school’s symphony orchestra conducted by Leonard Bernstein, with Isaac Strn as soloist and Gregory Peck as the Master of Ceremonies. Attendees included Agnes de Mille, Cliff Robertson, Governor James Hunt, President and Mrs. Gerald Ford and Lady Bird Johnson. The school’s campus consists of 77 acres in Winston-Salem near Old Salem.  There are 8 residence halls – 6 for college students, 2 for high school students, an on-campus student apartment complex and an off-campus student apartment complex within walking distance. The school has 11 performance and screening spaces; the ACE Exhibition Complex with three movie theaters. The school mascot was named simply “The Pickles.” There was also a slogan, “Sling ‘Em By The Warts!” but the mascot eventually became “The Fighting Pickles 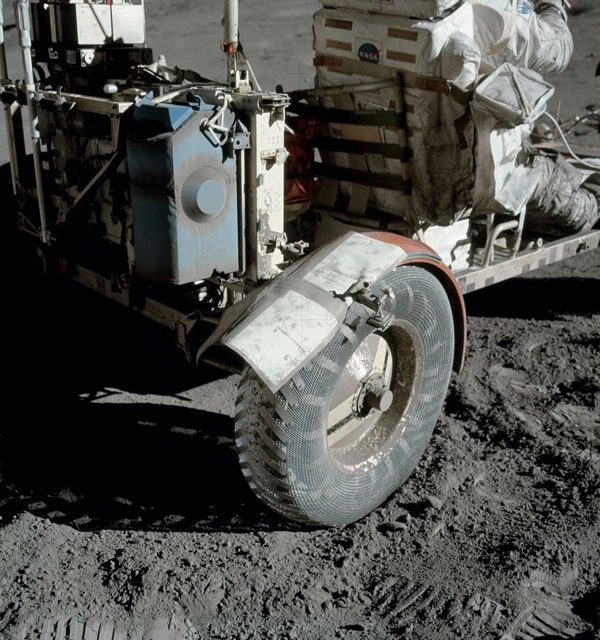 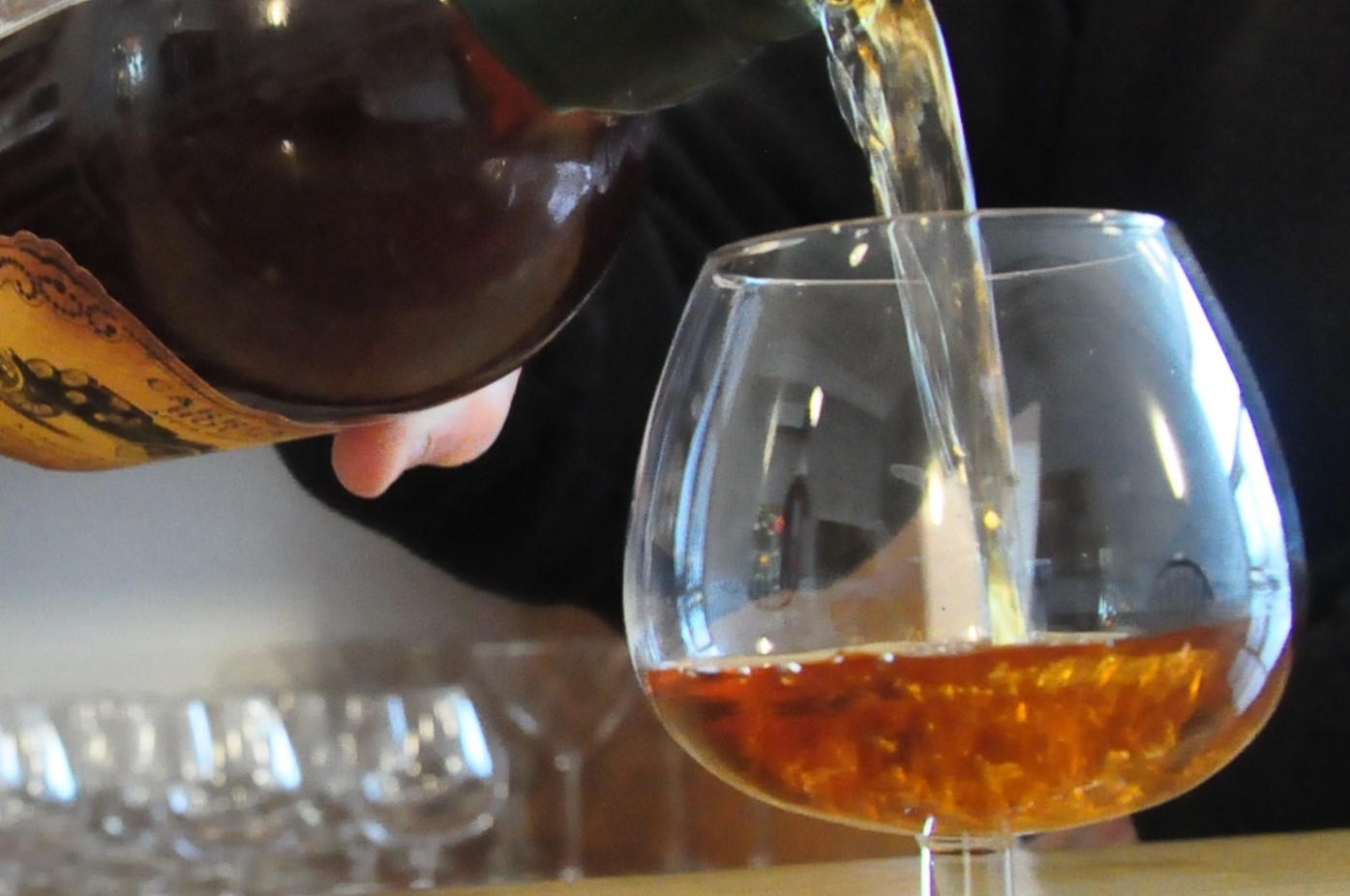 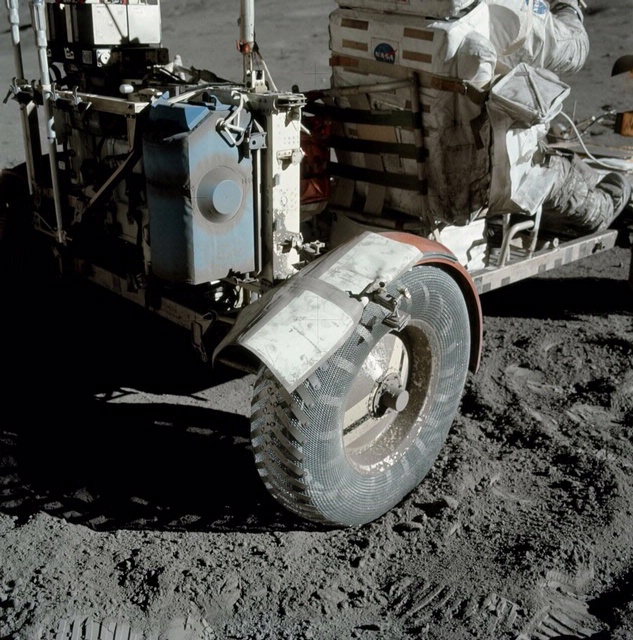 While sitting around the bar one evening, in a moment of jest, we offered up the subject of “duct tape” and what unusual uses we had found for this miraculous quick fix. Remember the famous Apollo 13 mission?  The astronauts fashioned duct tape and surplus materials into air filtration canisters in the lunar module to keep all 3 astronauts alive for the entire trip home. Every Apollo mission from 11 to 17 carried duct tape with them to the Moon. On the Apollo 17 mission Astronaut Cerman’s hammer in his suit’s pocket had caught the edge of the back right tire’s fender extension and it popped off. Without the fender extension protecting them from the Moon dust, driving the LRV became a serious hazard. Much more abrasive than sand found on earth since the grains are not worn down by wind and water, this lunar dust spread all over instruments and suits and into every nook and cranny. This could heat the instruments to high temperatures potentially causing them to fail, not to mention damage to Astronauts and their suits. Cerman took duct tape and taped the extension together but due to the heavy sand the tape fell off. The astronauts were challenged with creating a replacement fender with only the materials they had on the Moon. Their solution was to attach four of the 28 lunar maps with “gray tape,” carried on board. The maps could be configured in a way that would resemble the fender extension and affixed to the fender with two clamps from the optical alignment telescope. The mission continued as planned. Duct tape, again, saved the day. 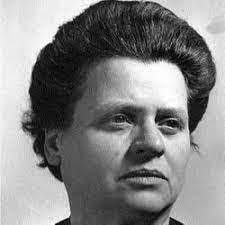 But who invented duct tape? The iconic tape was invented by a mom from Illinois named Vesta Stoudt. She wanted to save soldiers’ lives in World War II. In 1943, Stoudt, who had 2 sons serving in the US Navy, was working at the Green River Ordnance Plant. “She noticed that the boxes of ammunition she was packing and inspecting had a flaw,” states Margaret Gurowitz, Johnson & Johnson’s Chief Historian. “They were sealed with paper tape, with a tab to open them. Workers then dipped the entire box in wax to make it waterproof. But the paper tape was very thin, and the tabs often tore off, leaving soldiers frantically trying to open the box while under fire.” Stoudt had one of those “aha” moments and thought: why not make a waterproof cloth tape to seal the boxes. Although she suggested it to her supervisors, she could not gain any support. Like any desperate mother, she wrote to President Franklin D. Roosevelt stating the problem and her solution, including hand drawn diagrams. The President was so impressed he passed her letter on to the War Production Board. The Board asked the Industrial Tape Corporation (later became Permacel – then a Johnson & Johnson operating company) to produce the product. And the rest goes down in duct tape history!

Now back to The Brandy Bar’s conversations on duct tape, one story that we remember was our friend L recounting that she had left her incontinent father in the charge of her 2 sons, ages 10 and 12, while she made a quick visit to the store.  Upon her return she found her father swaddled from waist to knees in rolls of toilet tissue. Securing the entire bandaging was an armor of carefully laced duct tape, crisscrossing and practically covering all toilet tissue. When she asked them why, they pointed out that they wanted to keep grandpa dry, so they made their own solution and it seemed to be working just fine!