Reminder In the Company of Writers series on Wed 9/8 – 7-9:00 PM Special guest speaker, Dr. Jessica Heriot.  Dr. Jessica Heriot is the author of a memoir, Feminist Therapist: How Feminism Changed Psychotherapy and Me. The book recounts how second wave feminism changed her life, became her career, and transformed the prevailing views of women’s psychology and their psychotherapy. Her current book, Riding the Second Wave: How Feminism Changed Women’s Psychology and Mine, explores the impact feminism has had on her life and explains the concept of the “double bind.”  The double bind as Heriot learned in 1972 describes women’s struggle with two incompatible alternatives. Open mic sign-ups are at the bar from 6-6:45 or on line at: https://thebrandybar.com/writers-open-mic/

When the French racing driver Hervé Poulain came up with the idea of getting a race designed by an artist in 1975, no-one could foresee what would develop from it: the world’s most consistent combination of automobiles and art. The principle is simple: a well-known artist designs a BMW race car (later also series production cars) based on their own ideas. Restrictions and specifications? There are none! As different as the artists were, so varied were the BMWs, which were transformed into works of art by means of a wide range of graphic and artistic techniques: from pure racers to rare sports cars, via production vehicles. The results are correspondingly diverse. No two vehicles are alike; it was left to each artist to choose the technology that suited them. On browsing through the BMW Art Cars gallery, with its 19 unique pieces, there are only three questions left unanswered: When will Art Car no. 20 appear? Which artist will use it to immortalize themselves in this legendary BMW collection? And, above all, what BMW model will be used? 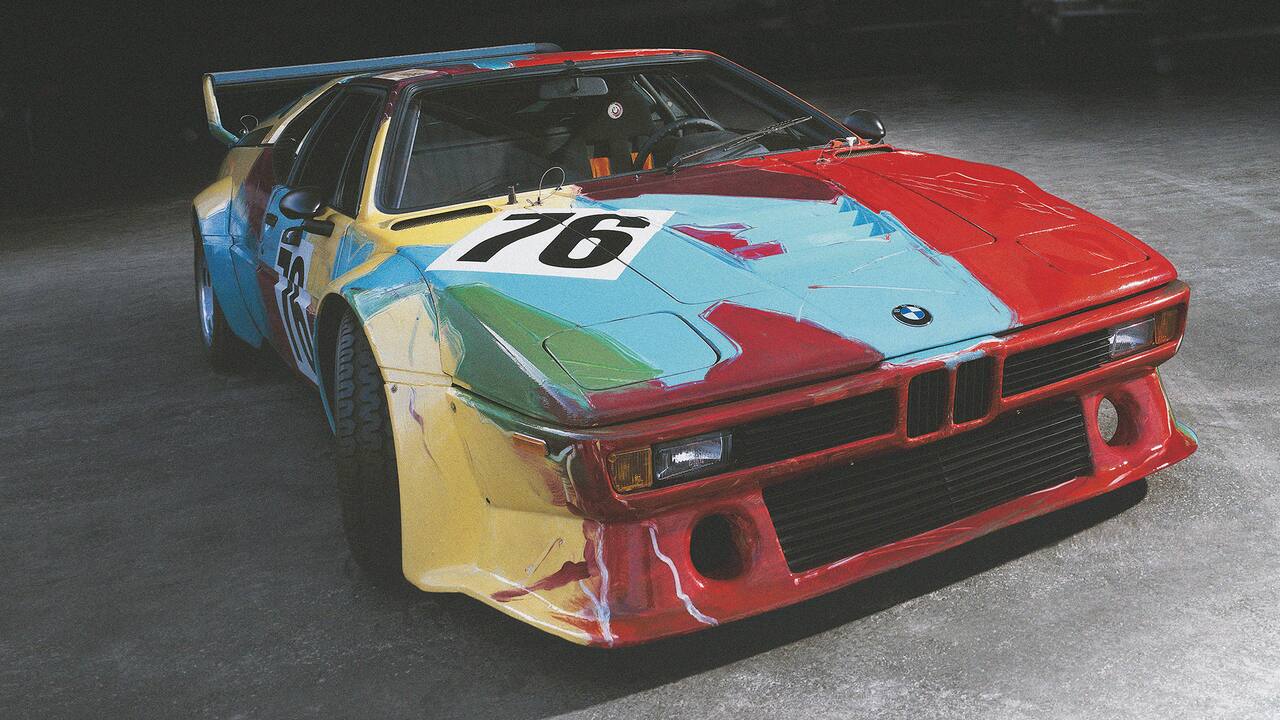 Probably the best known example of the BMW Art Car series is the BMW M1 painted by Andy Warhol himself. This Bavarian super sports car is a legend in itself. Warhol had one thing in common with his predecessors: he too received no fee for his work as a car artist. Yet instead of designing a scale model like his fellow artists and having the car painted, the American did it himself. “I attempted to show speed as a visual image. When an automobile is really traveling fast, all the lines and colors are transformed into a blur,” the artist said in explanation of his work. 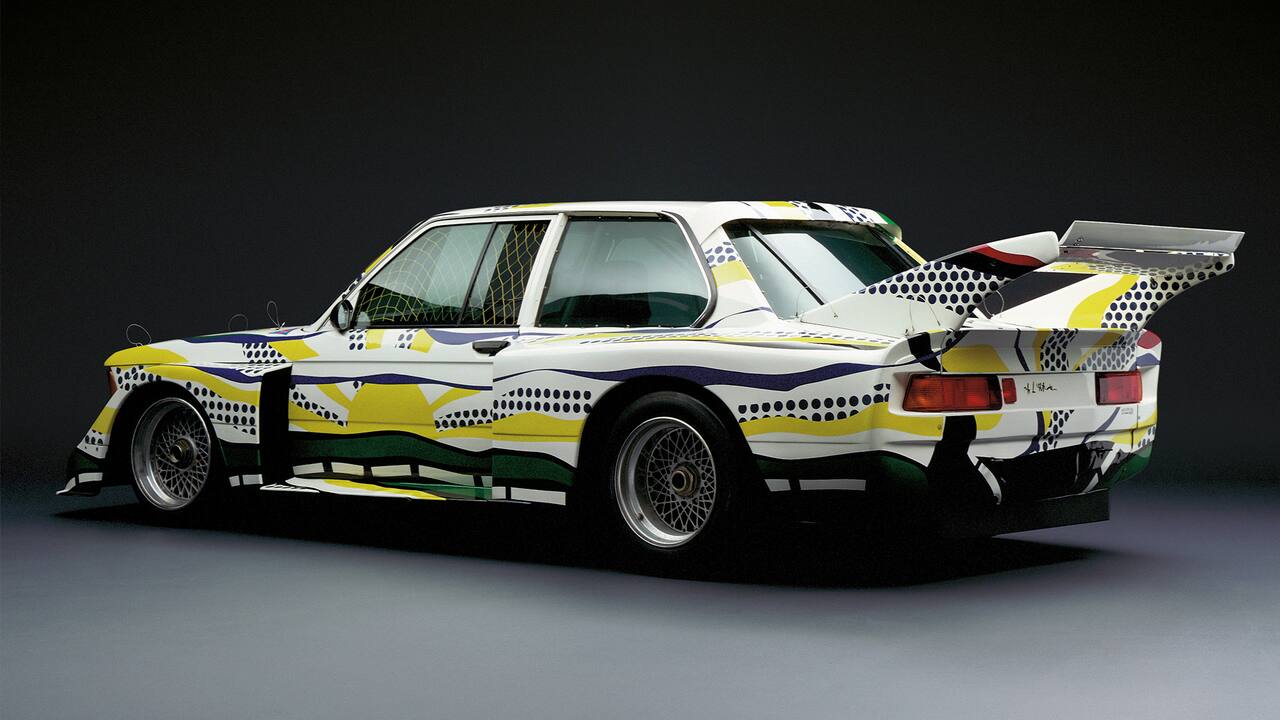 Pop artist Roy Lichtenstein utilized the “Ben Day dots” characteristic of his art, with the effect that a landscape seems to move past on the flanks of the BMW 320i Turbo. This race car did not immediately become an exhibit, but first proved itself in tough everyday motorsport. Drivers Hervé Poulain and Marcel Mignot took this car, with starting number 50, to 9th place in the overall standings at Le Mans, and first in its class. 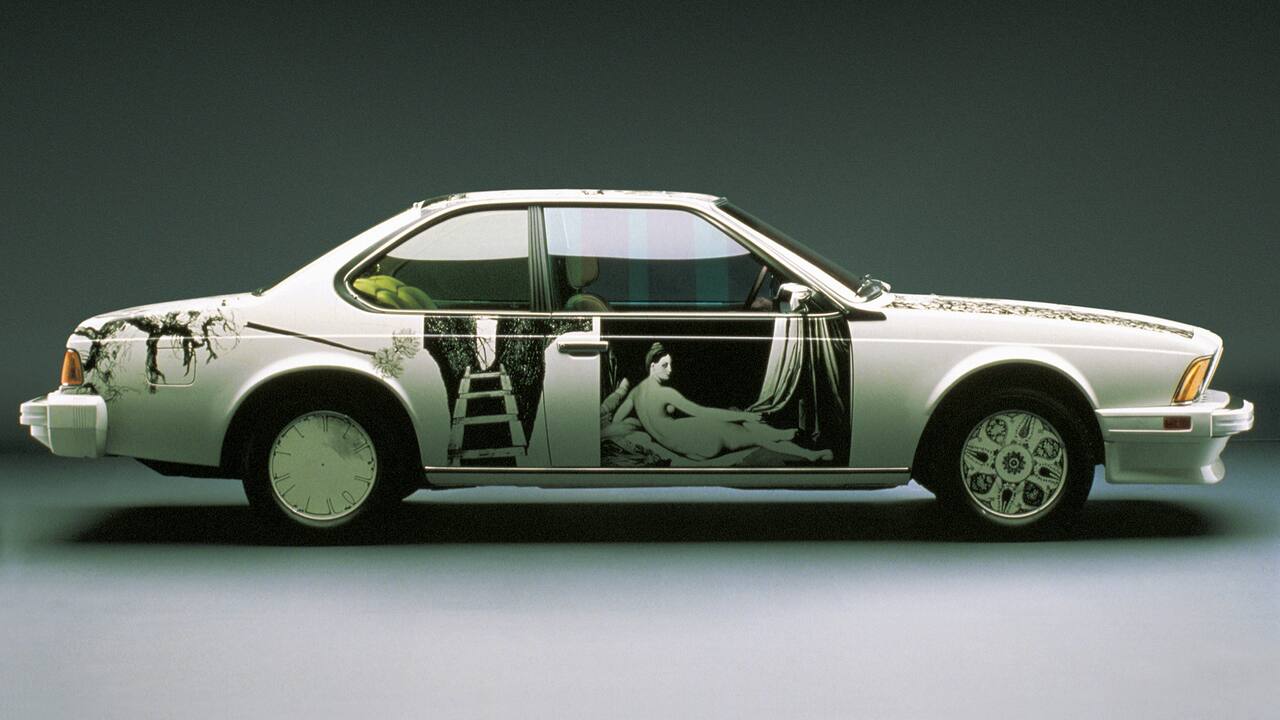 No. 6 in the BMW Art Car series comes from Robert Rauschenberg. Like its predecessor, this BMW, a 635 CSi, never started a race but is the only one to have been driven in traffic by the artist himself. He created his work of automobile art with the help of works by other artists, which he processed using photographic techniques and then applied to the body of the BMW coupé using foils. This resulted in collages that were typical of Rauschenberg’s style. With his BMW 635 CSi, Rauschenberg showed how the three worlds of art, nature and technology are connected.

If you want to view all the BMW Designed artist cars visit https://www.bmw.com/en/design/history-of-the-bmw-art-cars.html