and Wed 7-9:00 PM – join “The Songwriter Sessions” – an evening of original songs in the natural acoustics and listening room atmosphere at the beautiful and historic building of the Brandy Bar + Cocktails. The guest musicians are: Jeff Benedict, Chris Smith, and Kate Thomas.

Jeffrey Hopkins Benedict is a songwriter from Rutherfordton, NC and fronts the band My New Favorites, an award-winning acoustic band with myriad musical styles.  Chris Smith is a singer songwriter from WNC who conjures the ghosts of Townes Van Zandt and Gram Parsons in his raw, honest lyrics of life and home, “between lost love, and the luxury of hell-bent solitude.” Kate Thomas is an Asheville based songwriter and lead singer for the Dirty French Broads, with a new EP out called Phoenix. 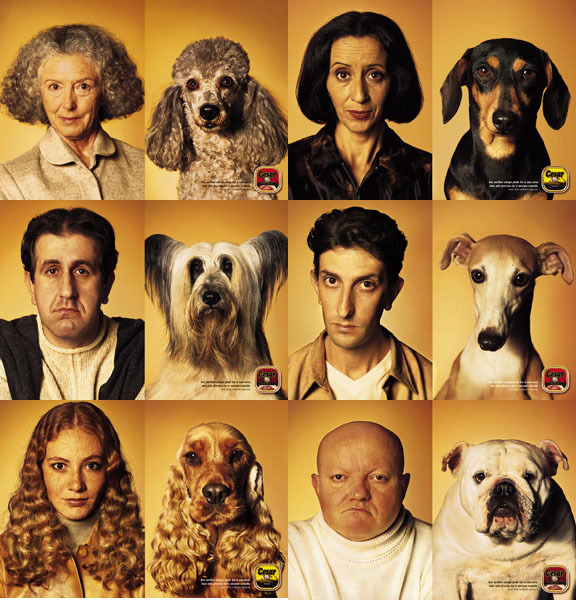 According to a special article for BBC “Dogs Look Like Their Owners – It’s A Scientific Fact,” the question is raised as to why people choose a dog that looks most like themselves?  Psychologist Michael Roy at the University of California, San Diego put the idea to the test by visiting dog parks where he photographed dogs and owners separately and then asked a group of participants to match them up. Without clues the participants were able to pair up pooch and owner with reasonable accuracy. However, this result holds true for pure-bred dogs and not mongrels. Sometimes it is based on superficial appearances, i.e. women with long hair are more likely to prefer dogs with long floppy ears, heavier folks – heavier dogs.  But it also shows up in more subtle features such as shapes of eyes. When the eyes of photos of human and beast were covered, it was harder for participants to make the connection. This could be due to theknow and love. Some psychologists believe it might be a spill over from the way we evolved to find mates, i.e dating someone that looks like us may ensure that their genes are generally compatible with our own – a kind of comforting preference for things that look a bit like us. This is also true for the cars we choose that look like our pets. So our narcissism isn’t just skin deep, we don’t just go for people who look like us, we also tend to hang out with people who might share our personalities. Shared traits can even predict a couple’s satisfaction in their marriage, and we do think of our dogs as more than pets. We also think of them as family members, a friend and companion.

There is now a canine version of the “Big Five” questionnaire typically used to measure the most important dimensions of personality: neuroticism, extraversion, conscientiousness, agreeableness, and openness. The doggy version, based on simple behavioral measures, uses such actions as whether it “tends to be lazy” or “tends to be cold and aloof.”  Previous experiments have shown that human traits such as extroversion can correspond to objective measures of the dog’s behavior – such as whether they were aggressive with strangers, or whether they are shy and spend more time hiding behind their owner’s legs.

Psychologists also found that the dogs and their owners both tended to show similar personality profiles and, in fact, were actually higher than the similarity found in married couples and friends. The correlation couldn’t be explained by the amount of time the dogs and their owners had spent living together, so it didn’t appear that the dog had simply learned to ingratiate itself by copying the owner. Instead, the personality seemed to be part of the dog’s appeal in the first place. Perhaps it’s wise that we choose these companions to be so compatible since, after all, your companionship with your pooch usually outlives the average marriage.