And from 7-9:00 PM, In the Company of Writers returns with two playwrights Katie Winkler and Patricia Vestal to present a ten minute play followed by a discussion about playwriting as well as applying dramatic writing techniques to writing fiction and poetry. This is a part of a series of personal and conversational dialogues featuring guest writers/poets followed by an open mic forum. The Chicago blues music of “Mr. Jimmy,” welcomes you, continues during intermission and closes the evening. In-person sign-ups for open-mic are 6:30 – 7:00 pm and guest authors begin at 7:00 – 8:00 pm with open-mic readings from 8:15 – 9:00 pm.  These inspirational gatherings will elucidate and entertain those attending.  You may sign up for the open mike at https://thebrandybar.com/writers-open-mic/ 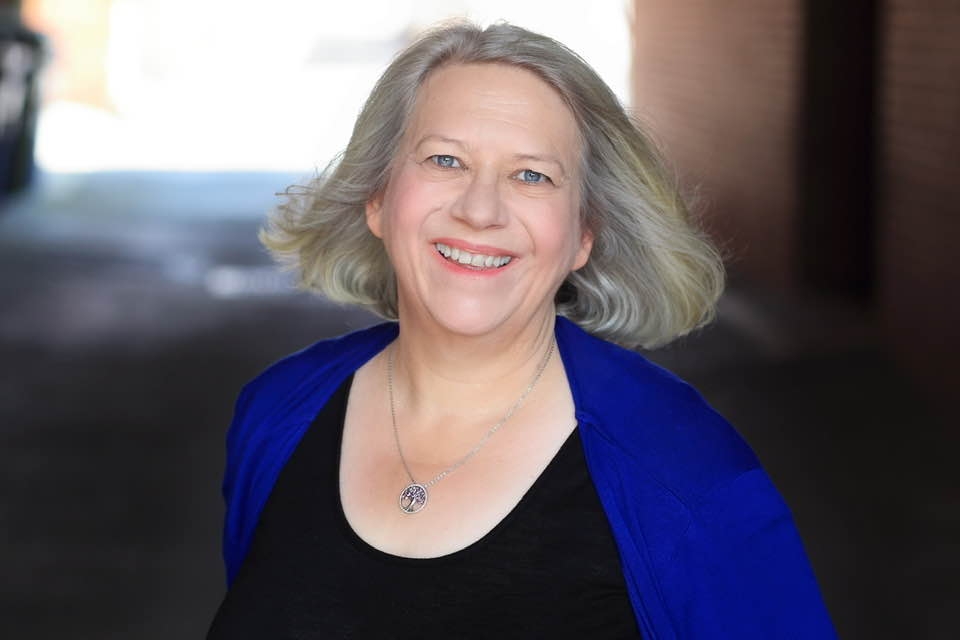 Katie Winkler works as a playwright, fiction and screenplay writer, theater reviewer, journalist, English composition and creative writing instructor, podcaster, blogger, actor, and editor for over 30 years in Western North Carolina. Her plays have been produced by Blue Ridge Community College’s theater department where she has also contributed to short films and two full-length film projects as an actor, director, and writer. Winkler is a trustee on the Board of the North Carolina Writers’ Network. She blogs at heymrswinkler.com and edits Teach. Write: A writing Teachers’ Literary Journal.

Patricia Vestal writes and offers workshops on fiction and playwriting. A native of North Carolina, Vestal enjoyed many years in New York, where she earned her Communications’ Bachelor of Arts from State University of New York and a Masters in Drama from New York University while working in publishing, writing plays, and creating projects with theater, independent film, and video producers. In addition to readings, stage and television productions of her plays, Vestal’s publications include fiction, reviews, and essays. She has published the first two novels in her science fiction series, The Living World, and working on the third. Visit her imprint website at seaofmountainspress.com.

Thurs 7/14 – 4-9 PM Old Inn Bar Cocktails –   You have probably never noticed the historic stone structure at the intersection of Airport Road and Cane Creek Road in Fletcher but if you look closely, you will see the magnificent 200-year-old Boxwood border and the grand Inn now called “The Meadows”. Originally built in the late 1790s by Samuel Murray the Inn served travelers along the Turnpike Road with accommodations for drovers.  But the story of the “Murray Inn,” later to become “The Meadows,” is local legend. Samuel Murray left the Inn and property to his son, William, who liked his brandy all too well. In 1820 this picturesque part of the county was discovered by a Charleston plantation owner, Daniel Blake, on one of his trips north to avoid the summer heat.  While lodging there Blake, was smitten with the beauty of the area and in particular with the large “meadows” surrounding the Inn. With the natural abundance of wonders before him that first morning as he rode horseback through the broad Hooper’s Creek Valley, he would be awed by the bold streams of Cane Creek, Hooper’s Creek, Kimsey Creek, Pinner’s Creek and Mud Creek that sprinted through and along the property’s borders. The water’s deep holes nurtured over 100 species of fish, including bass, catfish, lamprey, sturgeon, shad, pickerel, crappie, bream, mountain trout. The banks were pock-marked with entry holes of muskrat, mink, otter and beaver and the sandy shores bore myriad tracks of small and large animals.

He probably woke each morning to the warm glow of the sun as it peered over the eastern rim of the mountains of Burney, Bald, Banksey, Bearwallow, Sugarloaf & High Top and watched as it spread across the valley floor before touching the doorstep of the inn. Late evening he would witness the same sun turn to gold as it slid behind the dark backdrop of stately pines.

Shunned by William when he offered to buy, Blake devised a plan to acquire this prize. He sent a courier to Charleston to bring back a bag of gold coins. To woo and impress, he scattered the $10,000 in gold coins across the dining room table before the startled William. William agreed to the sale at a today’s value of $1,000,000. When the old inn burned, he rebuilt in 1860. The story was later confirmed when a relative of the Murrays visited the World’s Fair in 1904 and happened upon a Blake relative who recanted the same story.