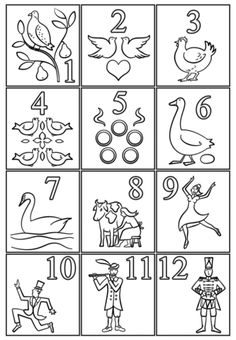 In 567, the Council of Tours “proclaimed the twelve days from Christmas to Epiphany (traditionally 6 January) as a sacred and festive season, and established the duty of Advent fasting in preparation for the feast.” Christopher Hill, as well as William J. Federer, states that this was done in order to solve the “administrative problem for the Roman Empire as it tried to coordinate the solar Julian calendar with the lunar calendars of its provinces in the east. Traditionally the 12 days of Christmas begin December 25 thru January 5 (although some celebrations begin December 26 thru January 6).

The traditions of the Twelve Days of Christmas have been nearly forgotten in the United States. Contributing factors include the popularity of the stories of Charles Dickens in nineteenth-century America, with their emphasis on generous giving; introduction of secular traditions in the 19th and 20th centuries, especially the American version of Santa Claus, and increase in the popularity of secular New Year’s Eve parties. Presently, the commercial practice treats December 25th as the last day of the “Christmas” marketing season, as the numerous “after-Christmas” sales” that commence on 26 December demonstrate. The commercial calendar has encouraged an erroneous assumption that the Twelve Days end on Christmas Day and must therefore begin on 14 December.

Some who celebrate the Twelve Days may give gifts on each of them, with each of the Twelve Days representing a wish for a corresponding month of the new year. We may feast on traditional foods and otherwise celebrate the entire time through the morning of the 25th. Contemporary traditions include lighting a candle for each day, singing the verse of the corresponding day from the famous English carol written in 1780 titled The Twelve Days of Christmas and lighting a yule log on Christmas Eve and letting it burn some more on each of the twelve nights. For some, the 12th night remains the night of the most festive parties and exchanges of gifts. Some households exchange gifts on the first (25 December) and last (5 January) days of the Twelve Days.

What better way to celebrate the Christmas countdown with our 12 cocktails – 6 this week and 6 next. Always remember that the best way to spread Christmas cheer is drinking cocktails when friends are near.