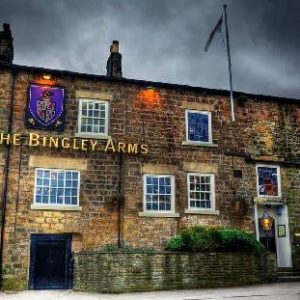 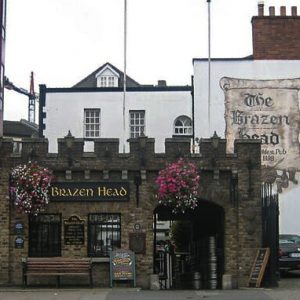 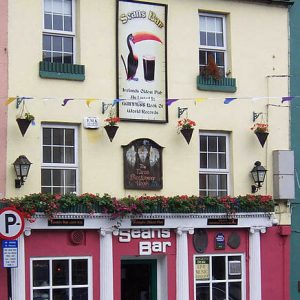 People have been drinking since prehistoric days with documented drinking starting as early as 2700 BC. That officially makes it one of humanity’s oldest pastimes.

The White Horse Tavern in Rhode Island is thought to be the oldest bar in the United States, established in 1673 and is acknowledged as the 10tholdest in the world. Colonel William Byrd of Virginia, writing at least 100 years after the founding of Jamestown, noted that “Like true Englishmen, the Jamestown colonists built a church that cost no more than fifty pounds, and a tavern that cost five hundred.”

#1 – Sean’s Bar, Established in 900 AD, Ireland. Thanks to a rich history of record keepers, Sean’s Bar has a meticulous list of every owner, dating back to its 10th century inception.

#2 – The Bingley Arms in North Leeds, England is on record as the oldest bar in Britain. Although the building itself may be older, the first recorded history of it being used as bar began in 953. Originally called the Priests Inn, it was a popular resting spot for travelling Monks in the early years. It also served as a courthouse during the 11th century, with offenders being dragged out and across the street to the pillory.

#3 – Ye Olde Trip to Jerusalem, Nottingham, England, although it’s not the oldest, it’s definitely one of the most interesting. Although there’s no definitive documentation, it is was originally established in 1189. The tavern is built into the same rocks that Nottingham Castle is built on. They date back to 1068 AD and were originally used as brewhouses for the Castle.

#4 – Locals claim that The Brazen Head established in 1198 in Dublin, Ireland has been pedaling pints since 1198, although there’s no official documentation. Their peaceful and historical location has become a haven for artists and writers, with a list of those who have enjoyed a pint proudly displayed on their website. Some highlights include musicians Van Morrison, Garth Brooks, and local writer James Joyce.

#5 – It’s not known exactly when Ye Olde Man & Scythe originated, but its first documented history began in 1251 in Bolton, England. Originally known as the Man & Scythe Inn, it got its name from the crest bore by the Pilkington family who began the business.  In 1651, the owner, the Earl of Derby, was dragged from a bar stool and executed in front of the building for his part in the Bolton Massacre. The alleged bar stool upon which he was perched pre-execution is on display in the bar today.

# ? –  The Brandy Bar established May 2018 is located in a store front building constructed circa 1915. It originally housed a harness and shoe repair shop, a barber shop and grocery store with an upstairs apartment.  It is one of the 28 contributing structures in the Historic Seventh Avenue District.