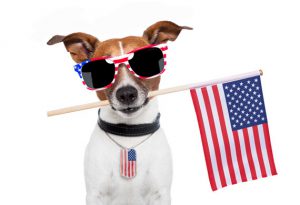 July 4th – ½ price special on patriotic drinks – Did you know that some feel that the official day for celebrating America’s independence is actually July 2nd and not the 4th? According to History.Com, on July 2nd, 1776, the Continental Congress voted in favor of independence, and two days later delegates from the 13 colonies adopted the Declaration of Independence (written primarily by Thomas Jefferson). John Adams believed that July 2nd was the correct date on which to celebrate the birth of American independence, and reportedly turned down invitations to appear at July 4th events in protest.
On June 7, when the Continental Congress met at the Pennsylvania State House (later Independence Hall) in Philadelphia, the Virginia delegate Richard Henry Lee introduced a motion calling for the colonies’ independence. Amid heated debate, Congress postponed the vote on Lee’s resolution, but appointed a five-man committee—including Thomas Jefferson of Virginia, John Adams of Massachusetts, Roger Sherman of Connecticut, Benjamin Franklin of Pennsylvania and Robert R. Livingston of New York—to draft a formal statement justifying the break with Great Britain. John Adams and Thomas Jefferson both died on July 4, 1826—the 50th anniversary of the adoption of the Declaration of Independence.
So on July 2nd, the Continental Congress voted in favor of Lee’s resolution for independence in a near-unanimous vote (the New York delegation abstained, but later voted affirmatively). On that day, John Adams wrote to his wife Abigail that July 2 “will be celebrated, by succeeding Generations, as the great anniversary Festival” and that the celebration should include “Pomp and Parade…Games, Sports, Guns, Bells, Bonfires and Illuminations from one End of this Continent to the other.”
On July 4th, the Continental Congress formally adopted the Declaration of Independence, which had been written largely by Jefferson. Though the vote for actual independence took place on July 2nd, from then on the 4th became the day that was celebrated as the birth of American independence. In 1870, the U.S. Congress made July 4th a federal holiday.
These early celebrations would have also included the firing of cannons and guns, adding to the explosive nature of the festivities. With the Revolutionary War’s end and increasing concern for public safety, those firearms were eventually phased out of the celebrations and replaced almost entirely by the fireworks, which were often given the official stamp of approval in the hope of drawing citizens to public celebrations instead of more dangerous private firework shows.