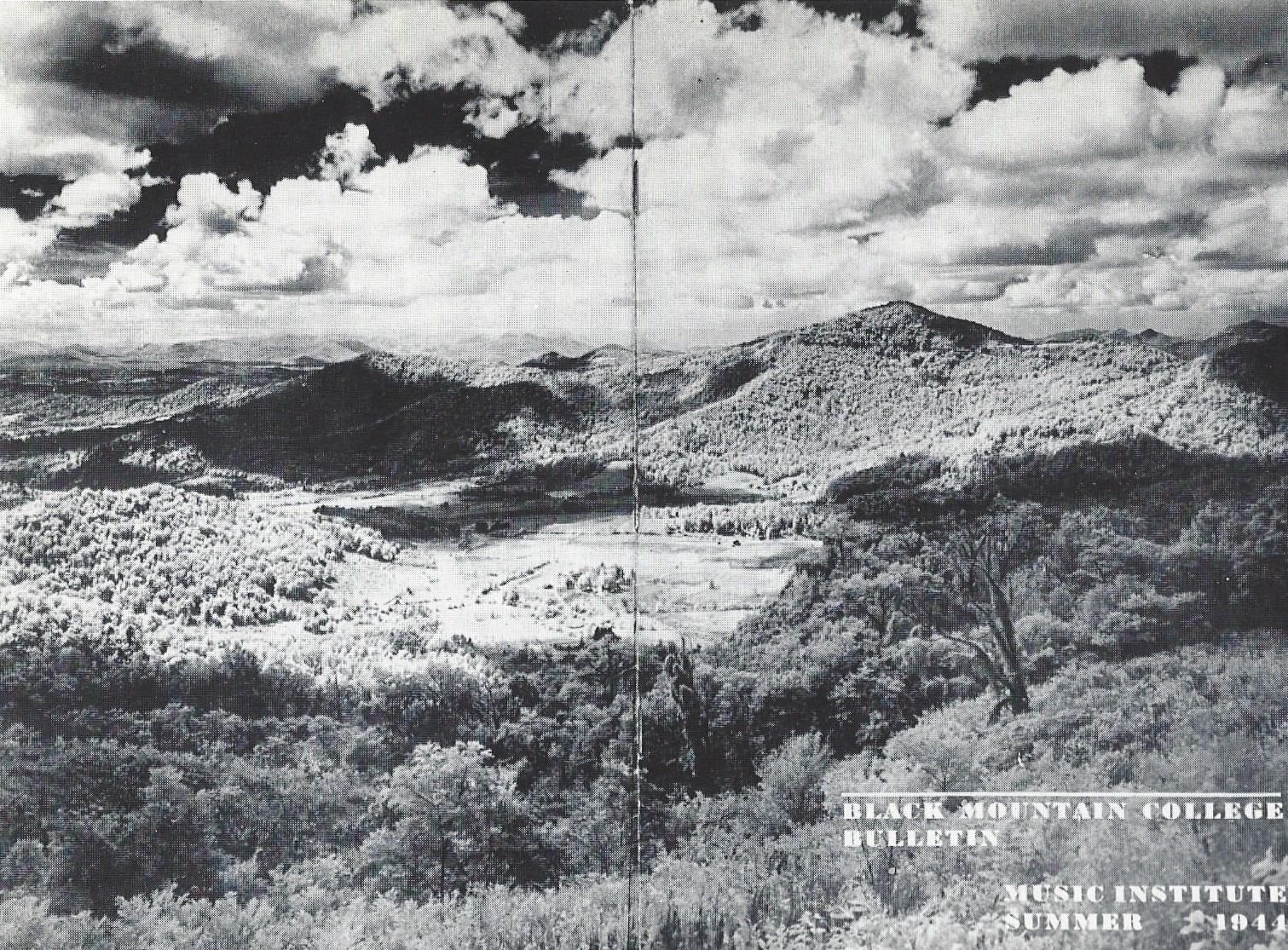 Joseph Albers, Merce Cunningham, Robert Rauschenberg,  Jacob Lawrence, Walter Gropius, Peter Voulkos, Cy Twombly, Robert Creely, Anais Nin, Harry Callahan, Kenneth Nolan, John Chamberlain, Robert Motherwell, Robert DiNero (yes movie star DeNiro’s father), Paul Williams,  and Charles Olson……Buckminister Fuller created his geodesic dome design, the first ever happening by John Cage,  two of Einstein’s assistants worked on his theory of relativity…….these are a few of the artists who provided the wellspring for the avant-garde in America after 1960. And they were all students and staff at a small experimental college located in the Mountains of Western North Carolina from 1933 through 1957. Although it lasted only 24 years, was constantly besieged by financial difficulties, and fewer than 1200 students passed through its doors, it launched the careers of the most distinguished artists of its time, who went on to become major artists of the 20th Century and shaped the movement of Modern Art.

This school, Black Mountain College (BMC), raised funds to construct its permanent campus on present day Lake Eden, site of Rockmont (a private boys’ camp and home to the Doc Watson music festival as well as others). John Andrew Rice, its revolutionary founder, developed one of the first colleges to create an environment for a dynamic, experimental, and creative atmosphere that was run, not by a Board or Trustees, but by its extraordinary staff. BMC’s philosophy was a belief in democracy as a way of life. In education, this meant the opportunity of every student to realize the full development of her or his abilities and the right of each student to have a voice in the decision-making process.

Supported in large part by the Forbes family, it still was constantly in financial straits, even with the visit by Eleanor Roosevelt on one of her trips through the south to support, encourage and seek out the under-represented. The students present during her visit did not recognize her, nor did any of the staff get to meet her so she left without making any contributions to BMC.

Many of the faculty (Albers, Gropius, Jalowetz, Schawinsky) were trained in the Bauhaus methodology, resulting in BMC becoming a seedbed for many of the genius transplants fleeing Hitler’s takeover of Europe. BMC’s reputation began growing and attracting the best of creative minds. Students were expected to work on the farm, including construction of any buildings, cooking, cleaning and in general maintaining the school and its property in every aspect.

According to Mary Emma Harris (who attended BMC): “The process of learning was one of correspondence and conversation, and there was a concern with wholeness, the education of head, heart, and hand. Perceived as a field of forces, t was far more intense than a conventional educational institution, and it is this energy released that continues to send vibrations throughout American cultural life.” BMC continues today through BMC Museum & Art Center https://www.blackmountaincollege.org/