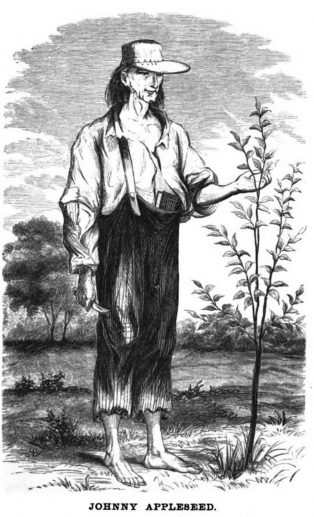 Thurs 5/12 – 4-9:00 PM – Mills River themed cocktails – The early founder of Mills River was William Mills, who was small in stature but sinewy and hardy.  Historian Sadie Patton tells that he never owned but one saddle in his life and always wore moccasins and a round woolly hat. He owned large tracts of the fertile valley floor adjoining the French Broad River and the large tributaries of North and South Mills River that fed into the magnificent French Broad. It is here that he pastured his cattle and other livestock that grew strong and healthy on the lush grasses naturally growing there. Through his early explorations in the Mills River Valley and into Buncombe County, he became the most knowledgeable of the area, to the extent of naming the mountains and peaks, most of which still bear their name today: Bear Wallow, Ball Top, Sugar Loaf, Pilot and Point Lookout. His greatest interest was developing orchards, many of them apple and cherry. William’s dad, Ambrose Mills, born in 1722 in England, and emigrated into the Colonies as a young man.  His son William was born November 10, 1746 and was the only child in the family to escape a raid of the Cherokees. In the early days each property owner was required to provide a home cemetery for members of their family. William Mills is buried on his homeplace near Fruitland Bible Institute that is referred to as Old Fruitland. The name Fruitland had been given to the once large orchards of William’s. The old cemetery is titled “the Lucien Edney Burial ground” and the stones are still there. Two of William’s children, “Nellie” married Rev. Samuel Edney and the other “Sarah” married Rev Asa Edney, and it is these two brothers after which Edneyville is named (another story). Also, Mills Gap and Mills Spring are both named after these early Mill settlers