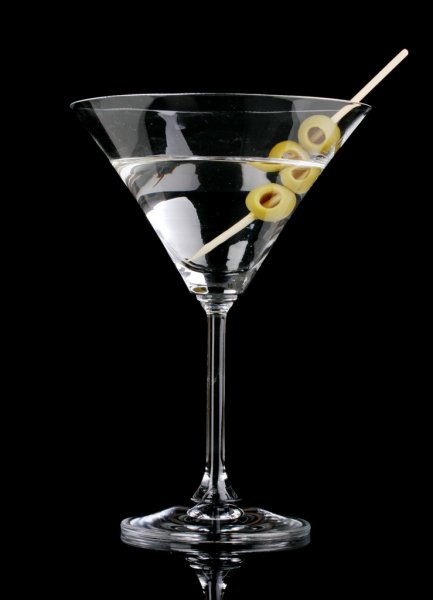 The Martini has a crazy history. Of the 3 stories of how it was invented, the favorite is the Occidental Hotel that appeared in Jerry Thomas’ The Bar-Tender’s Guide (1862). During the Gold Rush, a miner from Sierra Nevada struck it rich & headed to San Francisco, straight to the Occidental Hotel in search of a libation. Later, the term “Martini” preceded the term “cocktail” which began as a beverage you’d order at a hotel, then died out with Prohibition, which is when cocktails were invented. During Prohibition, people started adding ingredients that weren’t typically mixed with spirits, so you would have less booze on your breath then hard alcohol. Fast forward to the 1960s, it becomes the Bond era. The drink began trending because everyone could see James Bond drinking it  & they wanted to experience it. ‘Oh, he drinks Martinis—that’s masculine. The 1980s was “the self-destruction of the cocktail scene.” Everyone was calling all cocktails ‘Martinis.’ People called anything martini cocktails & not referring to the drink itself. Nothing fell into the category of a Martini except the shape of the glass. Bottom line – it’s incredible how important spirits are to the forming of America.

The Italian Acquatini, the drink of Rome, was originally made using water from the Trevi Fountain (whose water flows from the city’s ancient aqueducts.) Since we Americans do not drink water, we use only the straight up stuff – Brandy, grappa, with a rinse of dry vermouth.

French Martini – is the drink that helped to kick off the flavored Martini craze of the ’90s. The cocktail was brought to prominence in NYC at Balthazar.  It’s sweet and creamy due to the pineapple juice and crème de cassis.

During Prohibition, the simple Orange Blossom tipple was a big hit among illicit imbibers. Similar to a Screwdriver, it was a perfect way to disguise booze. Try one for yourself to find out why it was such a hit with the flapper set – Brandy, sweet vermouth, fresh squeezed orange juice.

But, of course, with the Classic Martini you could never go wrong, dirty or straight – brandy, splash of gin, splash of vermouth, served with olive or lemon twist – using brandy this martini is very smooth with none of the heat of vodka or gin.

For those non-martini drinkers, try our one-half special price of fruit or infused brandy flight.