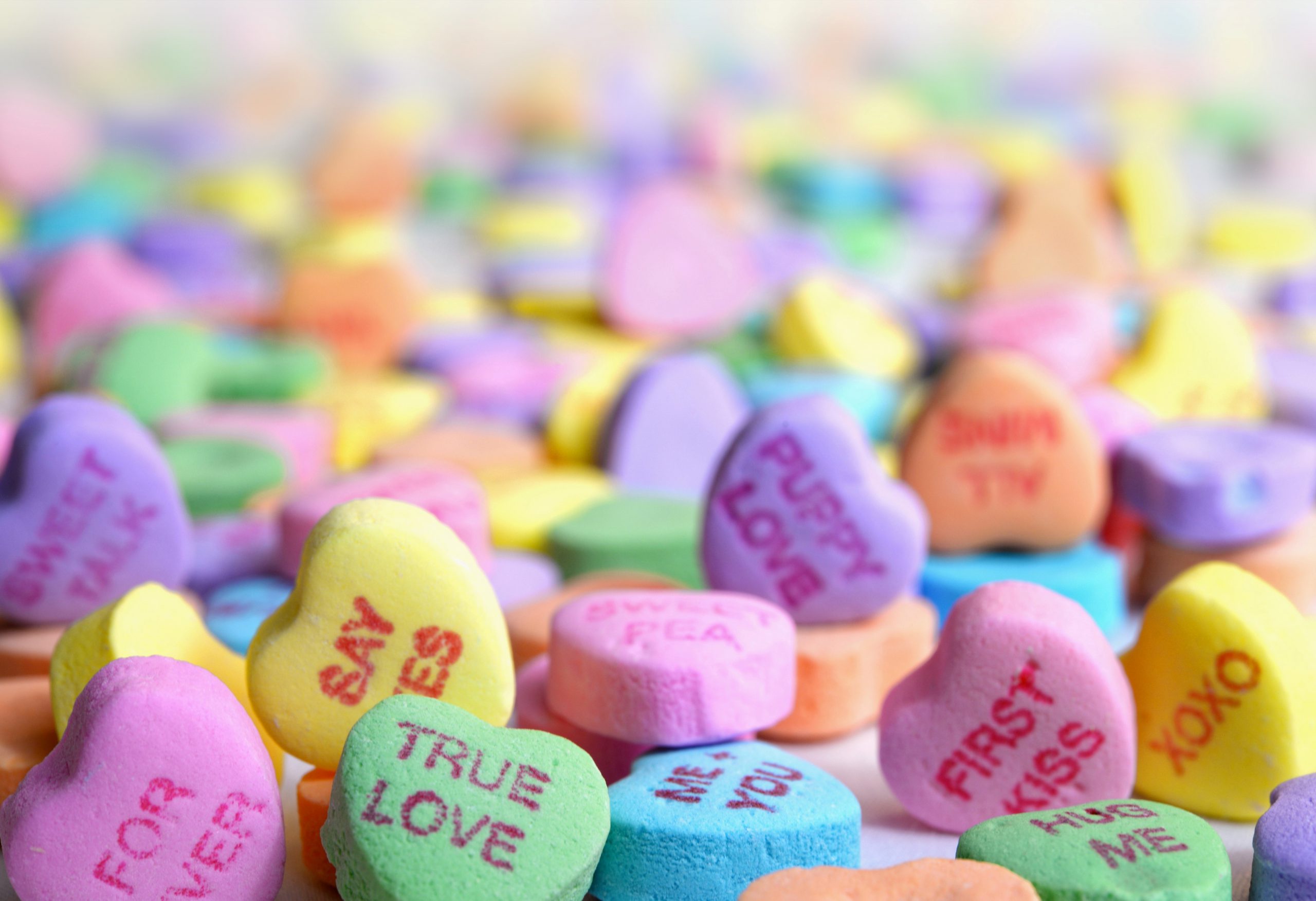 The heart symbol is an ideograph used to express the idea of the “heart” in a metaphorical or symbolic sense. It is an anatomically inaccurate shape as we all know & represents emotion, affection and love, especially romantic love. Depictions of this symbol were found in South Asia in the Indus Valley Civilization (3300 BCE to 1300 BCE) and a heart shaped pendant from the area is on exhibit in the Delphi Museum. The shape is thought to represent the heart shaped peepal fruit of the plant silphium. Ironically the plant was used as an herbal contraceptive. Silver coins from Cyrene of the 5-6th Century BC bear a similar design, sometimes accompanied by a silphium plant but the heart shape with its use as a heart metaphor was not developed until the end of the Middle Ages (1200 AD – 1300 AD). The first known depiction of a heart as a symbol of romantic love dates to the 1250s in a miniature decorating a capital ‘S’ in a manuscript of the French Roman de la poire.

Our familiar symbol of the heart representing love developed in the 15th century and became popular in Europe during the 16th century. The modern indented red heart has been used on playing cards since the late 15th century.

The growth of Valentine’s Day, established in 496 to honor the martyred saint who aided lovers and performed secret marriages, helped promote the heart-shape even further. Valentine’s Day gained popularity in the seventeenth century, when it involved simple love notes, often adorned with hearts. Since the 19th century the symbol has often been used on Valentine’s Day cards, candy boxes, and similar popular culture artifacts as a symbol of romantic love. In 1977 the heart-shape became a verb on the now-ubiquitous t-shirt proclaiming “I ♥ NY.”