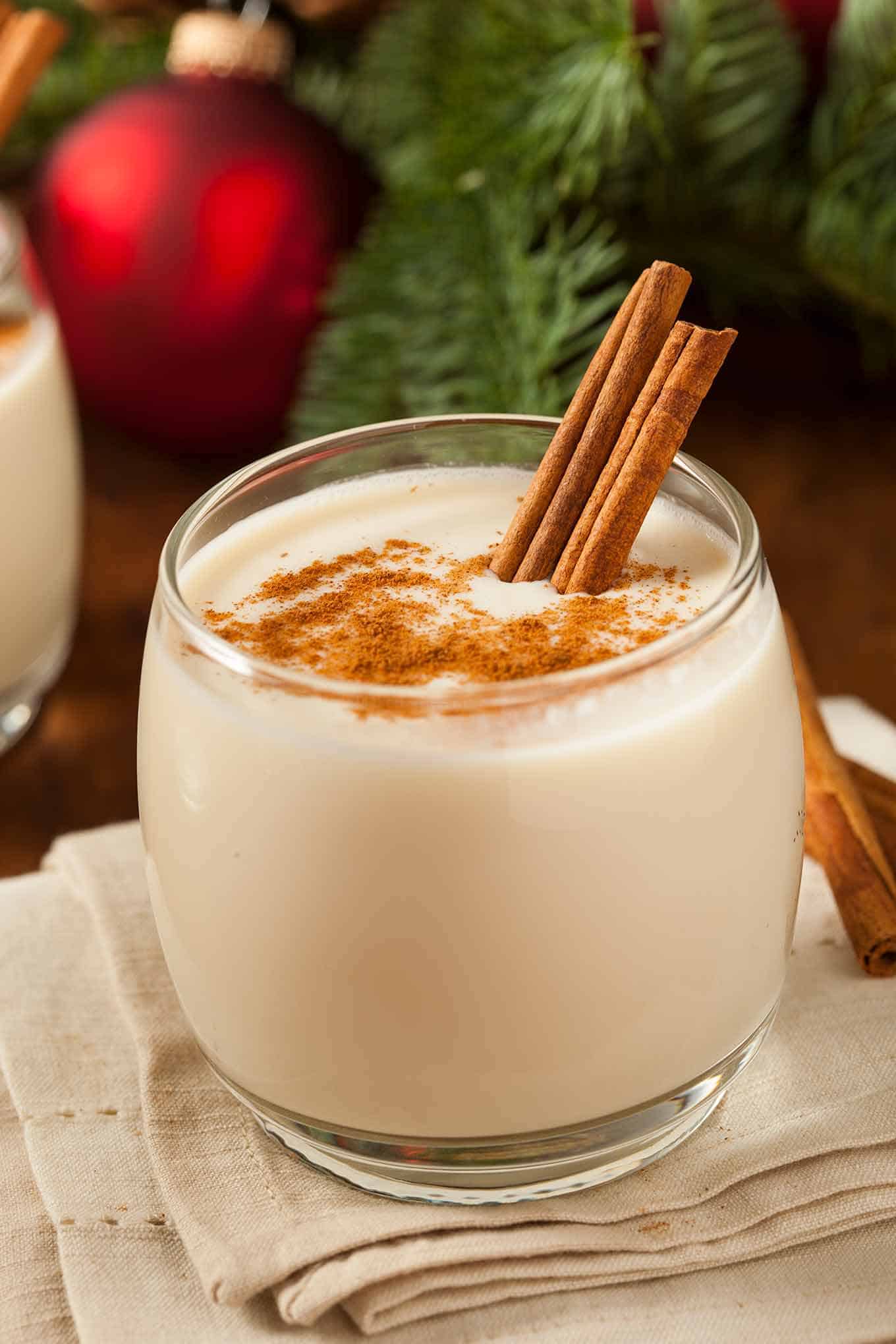 As a rich and often alcoholic drink, eggnog became a familiar fixture during the holiday season across the colonies and, eventually, the new country of the United States in the 1700s. Eggnog was frequently made without alcohol, and each region would adapt the drink to their personal tastes. According to The Spruce Eats, in the South, for instance, people tended to prefer whiskey over rum.

It’s said that George Washington devised his own recipe and that only the most courageous guests would partake. One popularly attributed recipe was a boozy batch of brandy, rye whiskey, Jamaican rum, and sherry. However, according to the librarians at Mount Vernon no eggnog recipe was found in the Washington family’s archive. It’s likely a 19th-century recipe.

In the early days, eggnog was served warm but by the 1887 printing of “The Bar-tenders Guide by Jerry Thomas, eggnog was enjoyed cold as well.  It’s noted that “hot egg nogg” was “very popular in California” and the recipes used brandy and rum or Madiera wine, sherry, or hard cider.

Countries all over the world have versions of eggnog: In Poland, Jewish communities have long enjoyed kogel mogel; In Germany, eierlikor is a popular homemade egg liquor; In Puerto Rico, coconut juice or milk was added. Today, the eggs are typically left out and the drink is called coquito; In Mexico, eggnog became Rompope with Mexican cinnamon, vanilla, and either rum or grain alcohol; In Peru, it is made with the Peruvian brandy, pisco.

And, of course, topped with fresh grated nutmeg or cinnamon