The ghost story telling last Thursday was a huge hit! We learned a lot about local folk lore which got us to thinking about a local but true episode in Henderson County that few folks know about. It was a very important part of not only our local history but reflected the turbulent history of the nation immediately after the Civil War. In Flat Rock a Col. John Davis’ wife had lost her husband and was without help on the large plantation he had left her and for which she now had to manage to support herself and her children. The emancipation of the slaves had left them homeless and without means to support themselves. Widow Richardson knew she needed help or she would not be able to survive or keep her farm so she sent out word that if a former slave wanted to come and work she would provide them with a place to live and food to eat. There was an overwhelming response with the word traveling from Alabama to Mississippi and other southern states from now freed individuals. The call for help was a win-win for both sides and later the group had sufficient funds to buy their own land and proceeded to build their small cabins. They named the safe haven “Kingdom of the Happy Land.” They elected a king and queen to manage the property and give some coherence to the development. Jerry Casey, the last member of “The Kingdom,” died in 1918. 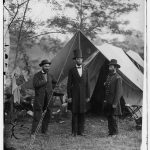 The Civil War veterans, like the early Colonists, felt it was safer to drink alcohol than the typically polluted water. It also served other purposes such as an effective analgesic, gave energy necessary for hard work, as a social lubricant, provided entertainment, facilitated relaxation and contributed to the enjoyment of food; so in general alcohol was thought to enhance the quality of life. There was a great love for the spirits as evidenced by George Washington’s large distillery; Thomas Jefferson treasured his French wines; and the quotable Benjamin Franklin freed generations of pious tipplers of guilt when he declared “Wine is proof that God loves us and wants us to be happy.” We have researched Civil War drinks and will be offering five of these hardy cocktails. Most appear in the amazing first colonial cocktail book, published by Jerry Thomas in 1862. Thomas established the image of the bartender as a creative professional and was nicknamed “Professor.”

Saturday 11/9 starting at 7:00 p.m. The East Flat Rockers are back. David White guitar and vocalist, Gene Robeson guitar and vocalist, Doug Kilgo guitar, and Allan Duncan on drums, plus they have a new member on base.  New songs, more three part harmony, and as always the Gene Robeson incendiary guitar work. You will be in for an evening of complete entertainment with this rock n’ roll band.

Gift certificates are here for Christmas presents for that special someone who will be most impressed at your creative thoughtfulness. An evening of experiencing the fine qualities of brandy and exceptional brandy cocktails.  Available in $25, $50, $75, and $100. You may pick them up at The Brandy Bar in person as well as purchasing an on-line e-gift card at: https://squareup.com/gift/7XG53G5K5FENZ/order 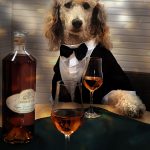