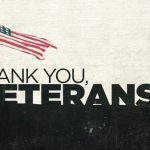 Sat. 11/16 – 8 PM Sunlight Drive entertains with Mike Vilenski and Jim Burgard.  The two players met at a Round Robin style Open Mic, hosted by Letters to Abigail. After some gentle nudging from Kelli, they decided to form their current duo, Sunlight Drive, playing a mix of Americana, Blues, Folk and Classic Rock songs spanning the 60s thru today.

Thinking about a Christmas present for that special someone? A present that is unique and one of a kind, just like that special person who will be most impressed at your thoughtfulness, an evening of experiencing the fine qualities of brandy and exceptional brandy cocktails. Select the gift of $25, $50, $75 or $100 or the sky is the limit. You may also visit us online at https://squareup.com/gift/7XG53G5K5FENZ/order