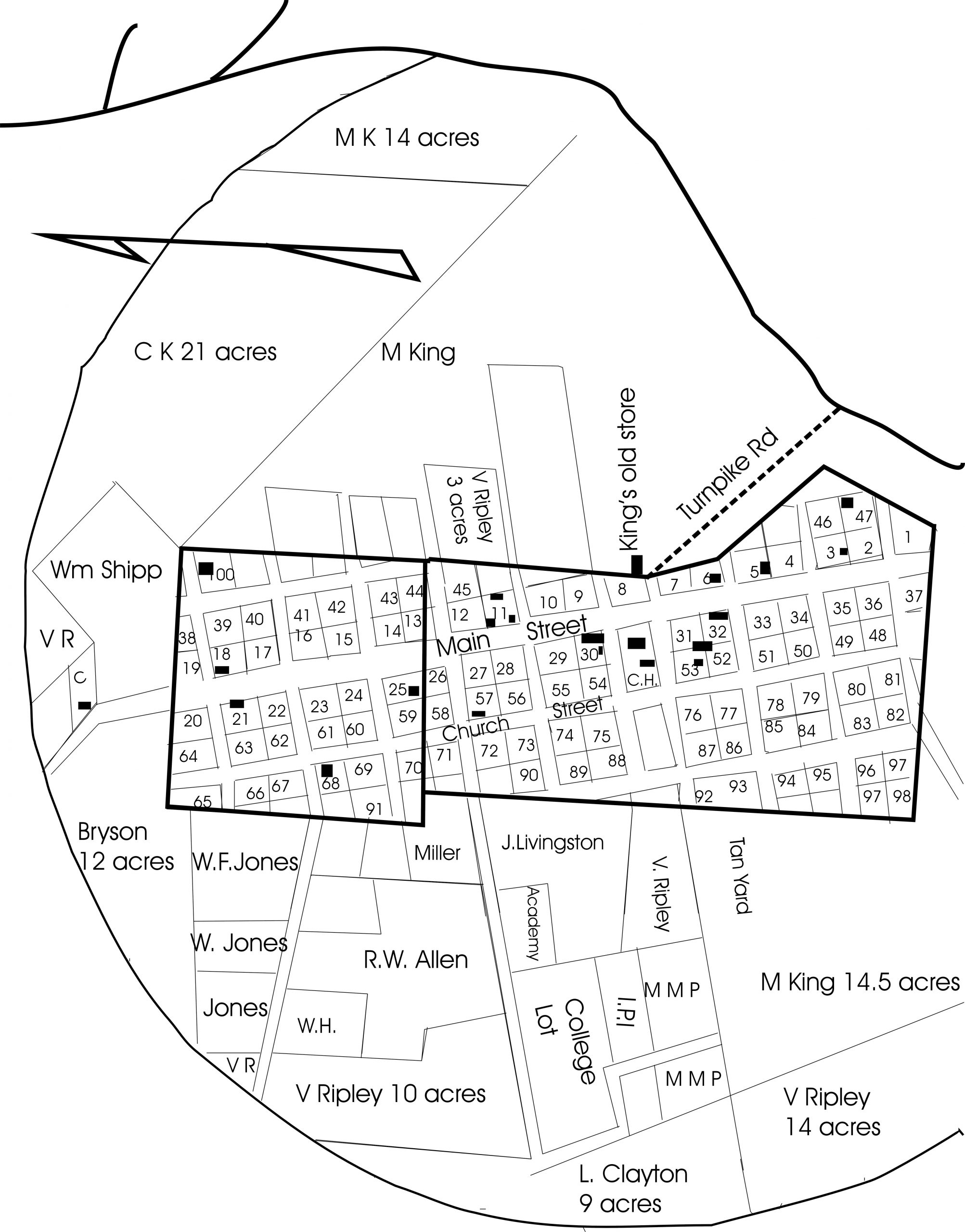 Map of 1847 Hendersonville’s future development.  Laurel Park trivia: In 1886 William A. Smith formed a real estate office. Later in 1888 Smith took as his partner, a personality that was his exact opposite, C.M. Pace, and began development on Mount Echo (later called Echo Mountain). They renamed the area Laurel Park. The entrepreneurs were ahead of their time and thought grand, similar to what we find today in the gated communities of Champion Hills, Kenmure, Oleta Falls and the newly developed Couch Mountain. The plans called for a summer playground that included ball fields, picnic areas, hiking and riding trails, an observation tower, a casino and 2 lakes: Rainbow Lake, and Rhododendron Lake (later renamed Laurel Park Lake). To encourage tourists in 1906 they started a trolley car line running along Fifth Avenue up to their enterprise in Laurel Park.  Automobiles had come to Hendersonville by 1911 so Smith and Pace watched as more and more visitors descended on Hendersonville. They knew it was time to begin offering building lots. But by 1922 they foresaw the great crash and dumped most of the remaining real estate.

The distinguished C.M. Pace was Clerk of Court for Henderson County for 57 years and resided at 813 Fifth Avenue West in a beautiful antebellum house. W.A. Smith on the other hand was a true eccentric with wild ideas and actions.

There are fun stories revolving around W.A. Smith, who was an attorney with a large practice, President of two of the local banks as well as Mayor of Hendersonville. But unlike his partner C.M. Pace W.A. was more inclined to march to his own drumbeat. The tales are amusing and beguiling, such as Smith walking down Church Street sporting a large bouquet of white flowers stuffed upright in the back seat of his pants between his suspenders. Another story describes Smith finding an intimidating route from his law office, along the parapet between the 1st and 2nd floor of the old Staton Building (now home to several offices on 4th Avenue -above Choi’s Flowers & Tobacco Merchant’s cigar store). He would carefully maneuver along the ledge until he got to the office of the Lawyer (and former Mayor) Boyce Whitmire where Smith would crawl through Whitmire’s window and gain complete access to Whitmire’s phone for long distance calls. After receiving an astronomical phone bill Whitmire discovered numerous calls all over the US, including one to the office of the President of the United States, as well as several other dignitaries. However, Smith in his later years did not live in a grand antebellum house like partner Pace, but Smith did find a home in the stuccoed maintenance shed for the water reservoir for Laurel Park off Fifth Avenue. There he was able to comfortably winter for several years. Smith was known for attempting to sell some of the lots in Laurel Park more than once and other minor infractions surfaced from time to time but hey the guy gets credit for his ingenuity and boldness! Those were the days!