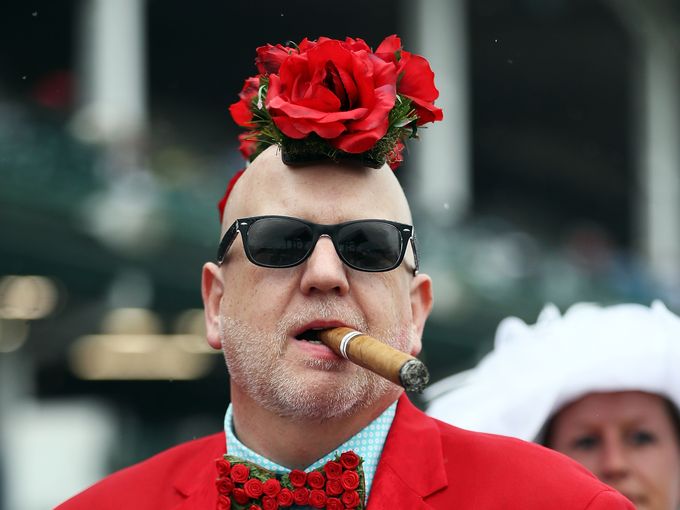 JOIN US SATURDAY – June 5th – 4:00 – 6:00 PM (review of previous races) –-7:00 PM race starts.  But first a little history about the Belmont. The first Belmont in the United States was a race horse that arrived in California in 1853 from his breeding grounds of Franklin, Ohio. The Belmont Stakes, however, are named after August Belmont, a financier who made quite a name and fortune for himself in New York politics and society.

The Belmont is the oldest of the three Triple Crown events, and predates the Preakness by 6 years, the Kentucky Derby by 8.It is the longest of the Triple Crown races at 1-1/2 miles. The first running of the Belmont Stakes was in 1867 at Jerome Park, on a Thursday.Not only is the Belmont the oldest Triple Crown race, but it is the fourth oldest race overall in North America. The Phoenix Stakes, now run in the fall at Keeneland as the Phoenix Breeders’ Cup, was first run in 1831. The Queen’s Plate in Canada made its debut in 1860, while the Travers in Saratoga opened in 1864. But there were gaps in the Travers races so Belmont is officially third only to the Phoenix and Queen’s Plate in total runnings.

No other race in the United States can match the formidable challenge and grand tradition wrapped into the race synonymous with Belmont Park. Young 3-year-olds, untested at the demanding 12-furlong distance, are asked to face the best horses of their generation in a battle of speed, courage and stamina that could serve as their coronation into racing royalty or relegate them to obscurity.

With only 8 horses in the line-up, the race will be hard fought with the predicted winner(s) Esssential Quality (this horse is perfect for a long track, with Rombauer chosen as second and the one we have been following every race – Hot Rod Charlie. I have my pick(s), do you?