We’ll offer a “Thanksgiving mule” for $6 (brandy, cranberry & orange juice, ginger beer). Great way to chill after a day of cooking and feasting. Or visit our cocktail menu at http://www.TheBrandyBar.com  Hope you can join us!

Thanksgiving trivia: In 1621, the Plymouth colonists and Wampanoag Indians shared an autumn harvest feast that is acknowledged today as one of the first Thanksgiving celebrations in the colonies. For more than two centuries, days of thanksgiving were celebrated by individual colonies and states. It wasn’t until 1863, in the midst of the Civil War, that President Abraham Lincoln proclaimed a national Thanksgiving Day to be held each November. Historians have suggested that many of the dishes were likely prepared using traditional Native American spices and cooking methods. Because the Pilgrims had no oven and the Mayflower’s sugar supply had dwindled by the fall of 1621, the meal did not feature pies, cakes or other desserts. 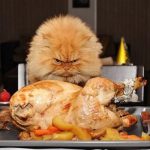