JOIN THE BRANDY BAR + COCKTAILS ON THURSDAY, MARCH 7TH to celebrate this ancient festival. We will be offering some of those traditional old fashioned New Orleans cocktails that include:

Crux – Brandy, Dubonnet, Cointreau, lemon juice. Crux is a small constellation in the southern sky, sometimes called the Southern Cross, and is part of the Crux constellation Centaurus.

Grasshopper (not the virgin type) – Brandy, crème de menthe, white crème de cacao, light cream. If you like Thin Mints or Peppermint Patties, this cocktail is one you should try. It makes a heavenly dessert drink, perfect for after dinner.

Since New Orleans likes fruit so well we are also offering a one–half price special on our fruit flight – a Tasting of (4) 1/2 oz pours of fruit or infused brandies.

A brief history of Mardi Gras

Mardi Gras is a tradition that dates back thousands of years to pagan celebrations of spring and fertility. When Christianity arrived in Rome, religious leaders decided to incorporate these popular local traditions into the new faith, an easier task than abolishing them altogether. As a result, the excess and debauchery of the Mardi Gras season became a prelude to Lent, the 40 days of fasting and penance between Ash Wednesday and Easter Sunday.

In the decades that followed, New Orleans and other French settlements began marking the holiday with street parties, masked balls and lavish dinners. When the Spanish took control of New Orleans, however, they abolished these rowdy rituals, and the bans remained in force until Louisiana became a U.S. state in 1812.

In 1837 the first recorded New Orleans Mardi Gras parade took place, a tradition that continues to this day. And in 1857, a secret society of New Orleans businessmen called the Mistick Krewe of Comus organized a torch-lit Mardi Gras procession with marching bands and rolling floats, setting the tone for future public celebrations in the city. 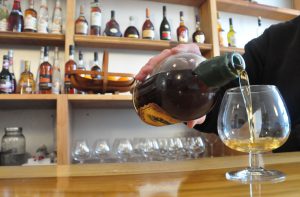