Our continued celebration of the 50th anniversary of America’s landing on the Moon, explores the history of the moon and its significance in our lives. This past Tuesday, July 16th, the moon was in full phase and was 100% illuminated as seen from Earth. The Moon (or Luna) is the Earth’s only natural satellite and was formed 4.6 billion years ago around some 30–50 million years after the formation of the solar system. The time it takes between full moons is known as a Synodic month and is 29.530587981 days long. In reality both sides of the Moon see the same amount of sunlight although only one face of the Moon is ever seen from Earth since the Moon rotates around its own axis in exactly the same time it takes to orbit the Earth, meaning the same side is always facing the Earth. The side facing away from Earth has only been seen by the human eye from spacecraft. The first man to set foot on the Moon in 1969 was Neil Armstrong on the Apollo 11 mission, while the last man to walk on the Moon in 1972 was Gene Cernan on the Apollo 17 mission. Since then the Moon has only been visited by unmanned vehicles. The first space craft to reach the moon was Luna I in 1959 and was a Soviet craft, which was launched from the USSR. It passed within 5995 km of the surface of the Moon before going into orbit around the Sun. Earth is about 80 times the volume of the Moon, but both are about the same age. A prevailing theory is that the Moon was once part of the Earth, and was formed from a chunk that broke away due to a huge object colliding with Earth when it was relatively young. NASA plans to return astronauts to the moon to set up a permanent space station. Mankind may once again walk on the moon in 2019, if all goes according to plan.
Cherry Moon – Brandy, lemon-lime soda, grenadine
Bloody Moony – Brandy, horseradish, Worcestershire sauce, celery salt, -usual spices for a bloody Mary
Harvest Moon – Applejack, cinnamon bitters
Super Moon – Brandy, Cointreau, cream of coconut, lime juice
Eclipse Night – Copper & Kings Immature Brandy, CB Frost brandy, crème de cassis
Brandy by the glass: Clear Creek Douglas Fir, Clear Creek Plum, Etter Cherry, Moletta Grappa, or Barsol Pisco 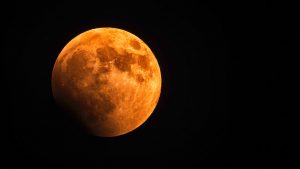 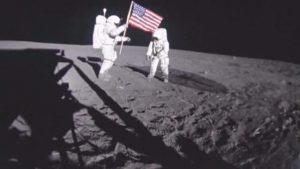